I thought it was time to revisit a topic that has been previously discussed here, that of ambulance design & safety standards. Prompted in part by the recent deaths in an accident where the ambulance had a mechanical failure (a tyre blow-out speed) and a review of recent academic literature regarding ambulance accidents in Thailand, I feel that there is an overwhelming need for the review and standardisation of ambulance design.

I MUST stress at this point that the comments below are in no way meant to, or infer that any organisation is conducting themselves in an incorrect or unsafe manner, instead the purpose is to highlight the areas in which we can, together, improve on the services we offer by raising of standard.

In the USA, UK, Europe and Australasia, the use of sideways bench seating has all but disappeared due to the safety risks this seating posed. Instead the seating is comprised of mounted seats which can turn from forward facing to face the stretcher, with approved seat belts fitted and safety approved floor mounts for the seat. 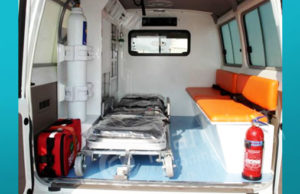 Equipment is either secured in designed and approved cupboards/lockers or on a clip mount type system on the flat surfaces and wall of the vehicle. Unsecured kit bags and clinical equipment, in the case of an accident (especially one involving raid deceleration) become lethal projectiles and have accounted for or contributed to the death of the occupants inside the ambulance. 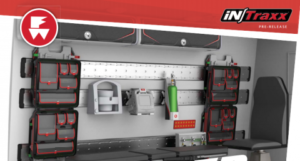 Stretchers need to be approved to a minimum standard with adequate, tested and rated floor mounting points. A patient must be safely secured at all times in the stretcher, this will at the very minimum include two body straps and should, in order to achieve best practice, include shoulder harness. There has been accidents in Thailand where the patient has been ejected from the ambulance – this is most likely due to them not being safely secured. The stretcher itself will need a regular maintenance and service schedule – generally this is on an annual basis. Like any mechanical equipment, moving parts are subject to wear & tear, and moving parts need checking & servicing. 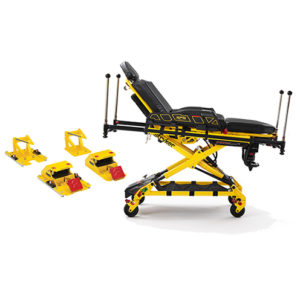 Carry chairs are subject to failure as well if not serviced and maintained on a regular basis. Patients need to be secured according to the instructions provided by the manufacturer of the chair – generally this will be a waist strap and another strap around the ankles.

The majority of volunteer/Foundation ambulances in Thailand are conversions of a Toyota or similar van, with little or no thought given to the additional structural design that is required in order to provide protection in case of a side-impact (T-bone type accident), a roll-over, a head-on accident or a rear-end shunt. To be honest, a Foundation generally does not have the resources (financial) that this sort of retrofit would require. Without exception, the First Responder type ambulances (pick-up trucks with a cab on the back) pose the same risks too.

The ‘lights and noise’ aspect of ambulances in Thailand needs to be revisited too. The Emergency Medical Institute of Thailand has run an advert on Thai TV reminding people to move out of the way for an ambulance. This of course is what we want to achieve but the public need to be able to visually and audibly identify an ambulance first! There is no consistent design in how the red & blue lights are placed on an ambulance, there is very little use of grill mounted repeater lights, wig-wag high beam headlights are rarely fitted or used & the rear lighting usually consists of a single strobe light. Dashboard repeater lights are common and are useful, when they can be seen however in congested traffic, their net benefit is limited. Sirens are relatively ‘hit & miss’ in their effectiveness & use! Generally, the output is too low, the siren speaker is mounted in an ineffective place on the ambulance and there is no commonalty in ‘what’ an ambulance sounds like.

Observation of ambulances in Khon Kaen, Bangkok, Phuket and other areas of Thailand has also highlighted a particular series of driving trends which need to be addressed.

Use of hazard warning lights. It is all to common to see an ambulance responding to a call, or transporting a patient under emergency response conditions, with the hazard lights on as the vehicle makes progress through traffic. WHY? There is no benefit in this at all. In fact, this is likely to cause confusion by other road users as the ambulance attempts to negotiate heavy traffic as drivers will have no idea as to what the intentions of the driver (of the ambulance) are. Hazard lights should only be used when a vehicle is stationary on the road, when it poses a potential hazard and are to warn other road users to be aware.

Use of sirens. Again, based on personal observations, appropriate and effective use of sirens as a warning system is hit & miss. An ambulance which has become caught in traffic with nowhere to move should not have its sirens continually on… Aside from the obvious noise pollution this causes, they are not proving any use in moving, so turn them off until such stage as needed. I would look to a common tone format (rise & fall, two-tone, whelp & yail…for instance) and perhaps reverting to the classic airhorn two-tone which British and others will be familiar with, in order to create an audible identity for ambulances.
In this YouTube video compilation, you will see a range of the issues described above as well as an overview of the issues ambulances face when attempting to make progress through the congested roads of Bangkok!

Roadcraft. Devised for the Police in the UK in the 1931’s, this is a system of safe driving.

The Police Rider’s Handbook have become the essential guides for better, safer driving and riding. Incorporating current best practice, they are recognised as the gold standard in advanced police driver/rider training and are used by all police forces, other emergency services, the armed services and the general public.

There has been a move towards certification of ambulance drivers in Thailand and instruction has been provided using the ‘Emergency Vehicle Operators Course (EVOC)’ which is a US designed driving qualification. I personally think that there is need to construct a course which is addressing local issues as well as covering the fundamental standards of both operational and response driving.

It is all too common to see an ambulance attempting to make headway through traffic under a ‘response’ (ie emergency) drive and it is clear that the driver has failed to anticipate actions of other road users. Ineffective road positioning, no clear indication of intention, lane positioning…the list could go on. 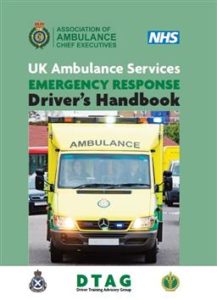 As a former accident investigator, I can draw the conclusion that in a number of accidents involving an ambulance, there was a high degree of avoidability. By this I mean that had the driver ‘read the road’, been more aware of his/her limitations and those of the vehicle, and driven in accordance with road traffic and weather conditions, the accident whilst maybe not avoidable, could have had the seriousness of the impact etc reduced.

So what is the solution to this?

There is no one-size fits all answer to these and other problems/issues and likewise, there is no immediate fix that can be put in place.

But more importantly, there needs to be funding which can deliver these and other changes.

Foundations need to work together to achieve results. Working with a unified voice and common goal will have results.

Safer Ambulance 2020 – join with us and work to create a safe ambulance for your volunteers, patient and public.